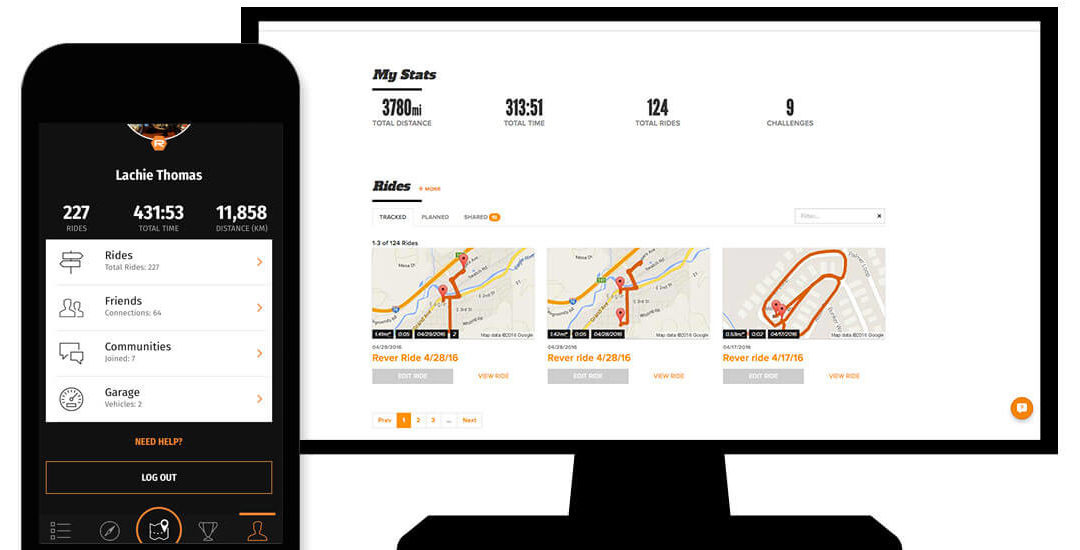 Hey gang, let’s talk a little bit about the app we’ll all be using to track our rides during the Hoody Hoo Throwdown. REVER is a free app that not only lets you track and share rides but it has multiple challenges to join, routes to explore, a route planning feature, and also a paid premium level that offers even more features.

The app is intuitive to use but it would be foolish to simply show up on March 16th and start trying to use it. You need to not only create an account and join the Hoody Hoo Throwdown in their “Challenges” tab to have your score count, but you also need to look at the default settings. The basics on how to use the app are already availble from REVER, so we will very briefly discuss them before we share some important tips on how to make sure you are awarded all the points you deserve during the Hoody Hoo Throwdown. 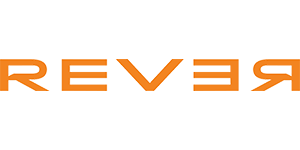 So the first thing to know is there is a website and the app. We find it easier to use the website for creating routes or doing any uploading or downloading from/to a stand alone GPS. Some of that is only available with a premium account by the way: take a look here for the different features of basic and premium.

Probably the most important premium feature though is offline maps. If you lose cell service the map will only show basic information like major roads. It may even fail to load more waypoints if you travel far enough with no cell coverage. Once your phone gets signal the waypoints should load and you should get credit for any waypoint you traveled through. You might not though, and that’s why we have a protest period from 4pm to 430pm. 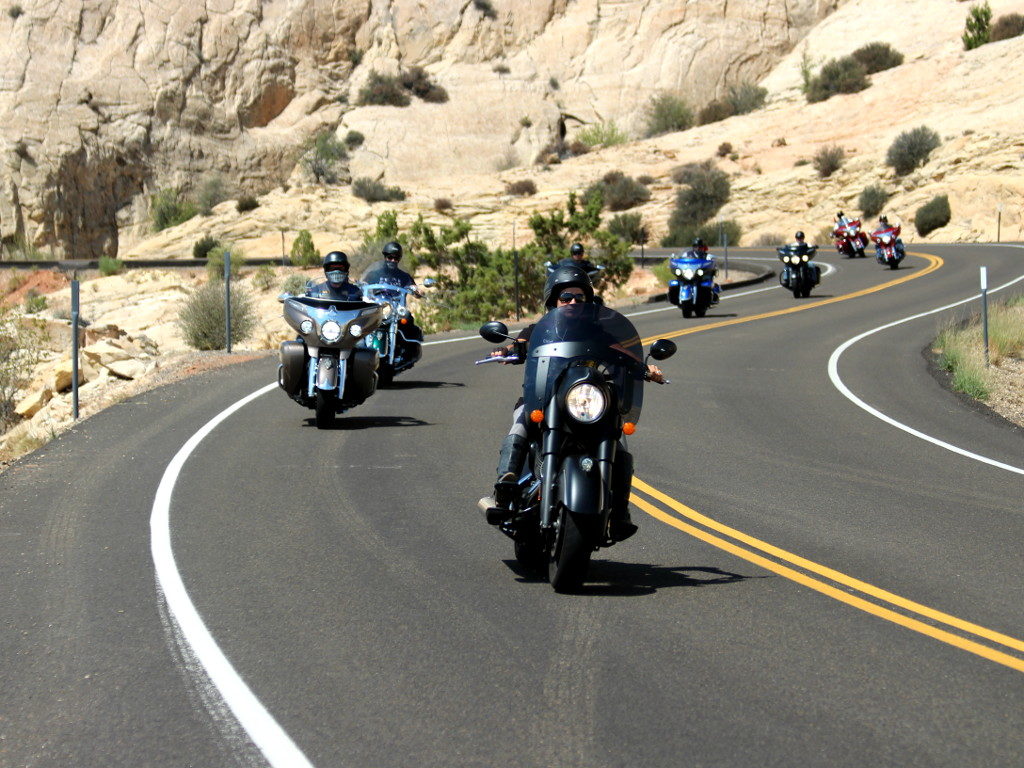 One of the most common glitches when tracking is that your phone loses service during a ride. The GPS is still tracking your ride, so when your phone gets service again it will load more map details, including any Waypoints. Normally, if you rode through a waypoint, REVER will give you credit once the map loads them. Still, sometimes it does not. Worse yet, it may give you credit with a push notification on your phone, yet not on the scoreboard. This is rare but possible (we’ve only seen it once).

Your phone should give you a push notification any time you cross a waypoint. We highly recommend taking periodic screenshots of these push notifications. If you can show us a screenshot with the time and push notification during the protest period, we can easily award you the points. But if your phone was offline when you crossed a waypoint and REVER did not capture it at all, you still have one way to get those points. Show us a completed route with an end time before 4pm. Zoom in to the waypoint you should have been awarded and show it to us. If the blue tracking line goes through the waypoint, we’ll give you the points.

Those are the only ways to get points awarded if they are not tracked by REVER. As long as you lodge the protest between 4pm and 430pm, you should be good. We will go through each protest in the order they are received, finalize the points, and move straight into the awards. However, there are some good tricks to make sure things go smoothly.

Inside Tricks of the Trade

The first and easiest thing you can do is to record multiple trips. Do not record the entire 4 hours you are riding in one long trip. If you hit a glitch trying to upload it or you accidentally upload it at 4:01pm, you’re going to get a big fat zero for your efforts. Track a ride and hit waypoints, then end it and upload it, then start another. You can do it by time or by number of waypoints but make sure you end rides when you have cell service. Rides should be stored on your phone until you get signal again and then automatically upload when signal is restored, but why risk it? Go into the menu and look at your completed rides, making sure they are on REVER’s servers, not your phone’s local storage.

Aside from this being good insurance, we will have a small prize for whoever is leading on the score board at a certain time during the ride. We won’t say what time it was until after the ride is over. This means people regularly uploading rides stand a better chance of winning. REVER’s scoreboard updates instantly but it only displays completed rides that have been submitted in-app.

Is Premium Worth It?

This is an individual question. As already mentioned, the most important premium feature is offline maps. You’ll have access to all the waypoints then, even if you don’t have service. We have seen an older Android phone get cell service but never update the map. Restarting the phone worked and fortunately the ride was not lost, but that’s a scary thing to do if you have several waypoints on that current ride. Also, the actual size of each waypoint is different, varying from a 50m radius to a 500m radius. Having the offline map shows not only the orange location pin, but also an orange circle giving you an idea of the size of the waypoint. Some waypoints would require you to dismount to actually hit the dead-center of the pin, so these points have a larger “fence” around them to award you the points from further away.

Turn-by-turn navigation is also a premium feature. Some people prefer to use their default navigation app because they are familiar with it, but others prefer to stay in-app and not constantly bounce between two mapping apps. Personally, we just use Google Maps to route us past a waypoint, put the phone in our pocket, then wait to feel the push notification saying we passed the waypoint. This is inefficient in a timed event though since you have to keep pulling over to mess with your phone. And that brings up some other important points.

The weather overlay can also be a handy premium feature depending on conditions. It’s been a blustery and record setting winter so far, but that can also mean an early end. We deliberately picked a day after the time change so we have more sunlight, but it will be up to the weather gods to decide how much sun we get on March 16th. Prepare accordingly. 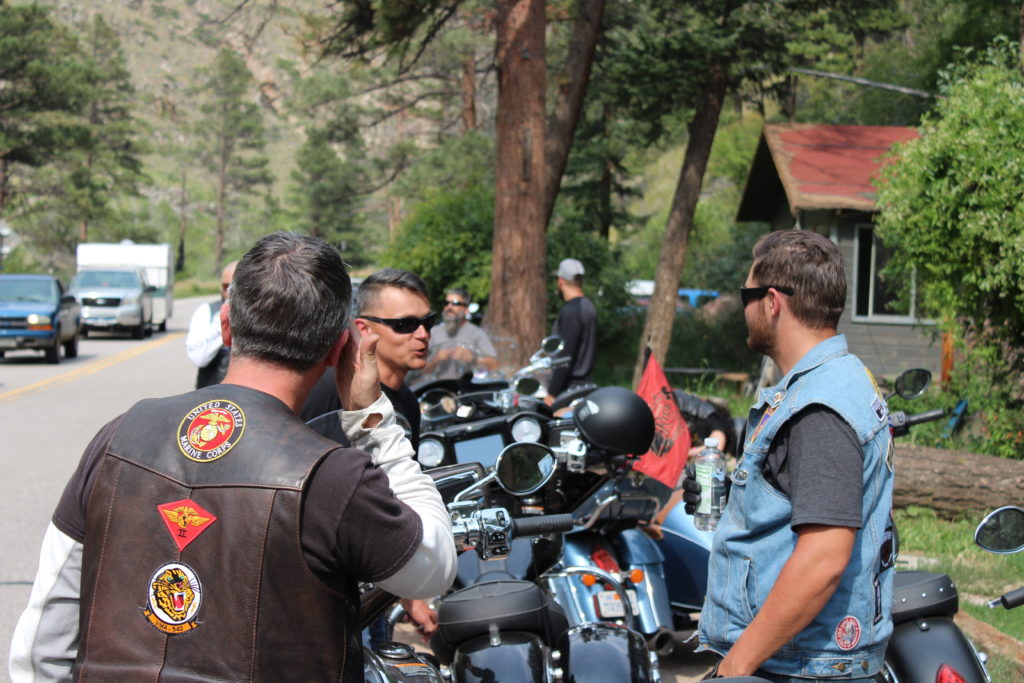 Use gear you are already familiar with. Game day is not the time to try new stuff. Have a phone holder you can use and are comfortable with. Have bluetooth in-helmet speakers so you can hear directions, keeping your eyes off your phone and on the road. If you’re riding 2-up and the passenger is navigating, get some in helmet comms and get past the hand signals and yelling over the wind. You need to think about a phone charger or spare battery as well.

For sure the ultimate rule is “what works best for you is what you should do” but think about this ride before hand. Hoody Hoo Throwdown is a navigation challenge, not a speed contest. You need to be able to pick waypoints that earn you maximum points in minimum time. If you try to make up for crappy navigation by going faster, you are going to wind up in the back of an ambulance or a police car. You will not win by shooting down the road at 100mph. 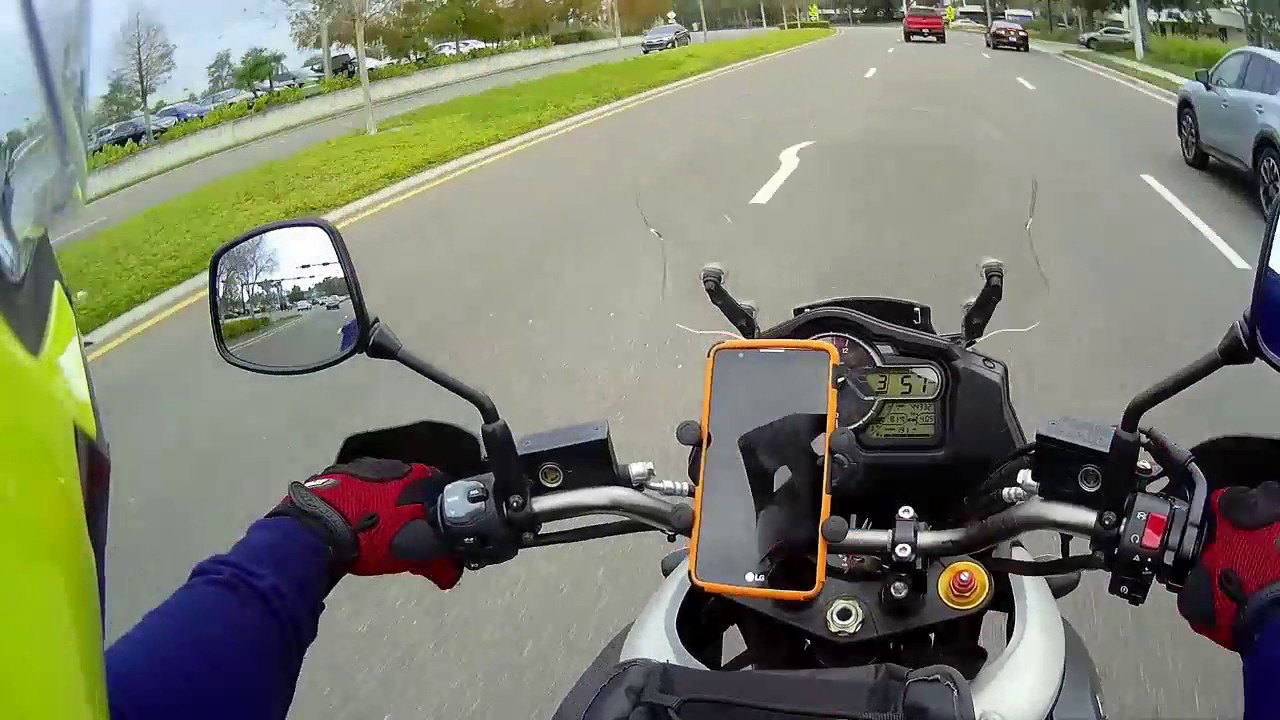 We specifically designed this ride to send you into areas that look close to each other but are difficult to reach. You’ll be thinking you can grab three that are next to each other and then find out it’s all one-ways or there is road construction backing up traffic. Some waypoints are down a gravel road, some require you to pay an entrance fee to reach. There is no set formula to win here; you have to work on a plan before setting out, then adjust as you go. Hauling ass will not win the day.

One last thing is that REVER is tracking your route and it displays your average and maximum speed along with your altitude. Now, we ain’t gonna rat you out (Hoody Hoo), but that’s still something to be aware of. The “hide max speed” option in the app doesn’t work. Trust us, we’ve tried it.

It’s Your Road From Here

Okay, so you know where the REVER website is and should be able to download the app. They are pretty quick to respond to support tickets you submit in-app, but they are still a small group of dedicated people and it can take a couple days, especially on weekends. You can use their Youtube Channel to answer some questions about using the app and its many features 24/7. You can email us about event questions but be sure to look at the FAQ and event info page first: if you ask something that’s answered by the FAQ we won’t respond.

This event is about raising awareness and money for the Veterans Charity Ride. We know some people are competitive though and want every advantage they can find. We’ve set up a ride that will let the competitive people work the puzzle of earning points, but we also set up destinations that will take you to some of the less known spots in Las Vegas, get you out to parts of the outlying towns that you never go to, and give you an excuse to head out into the desert and take a look at some good roads you may not have seen in awhile. 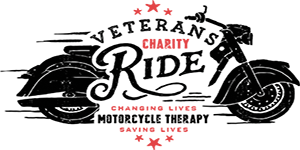 We also added some of the standard-issue Vegas attractions so that out-of-towners can run around the strip and see a few sights. We even added the silent auction at Hogs and Heifers, open to the public as well as our riders. We want everyone to have a reason to participate. It’s also the day before St. Patrick’s so there will be a decent crowd of people at Hogs and Heifers anyway. We have the street blocked off along with the parking lot next door. This should help people that don’t like the noise and crowds that will likely result from the afterparty.There should be a place for everyone. Remember though it’s a cash-only bar, but an ATM is available inside. Se you there. 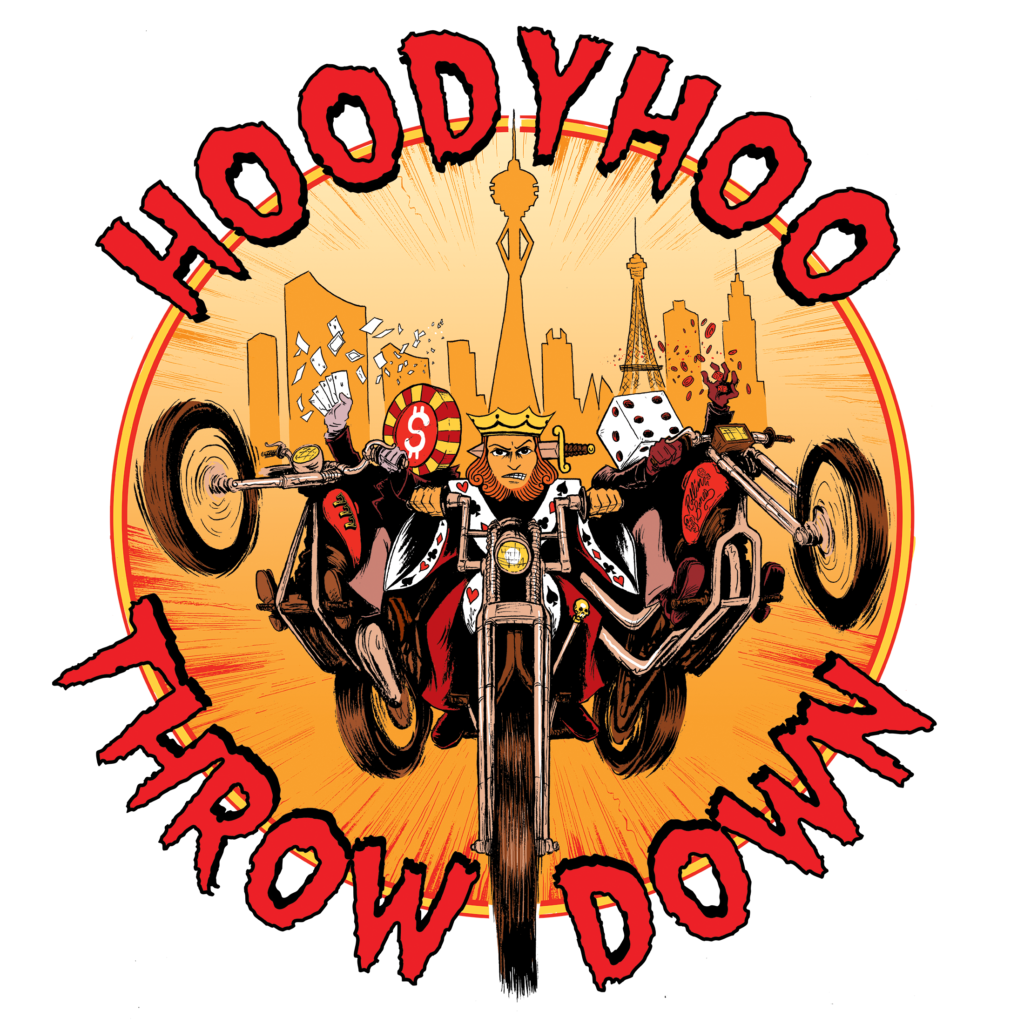