How Do I Look? New HHTd Logo Design 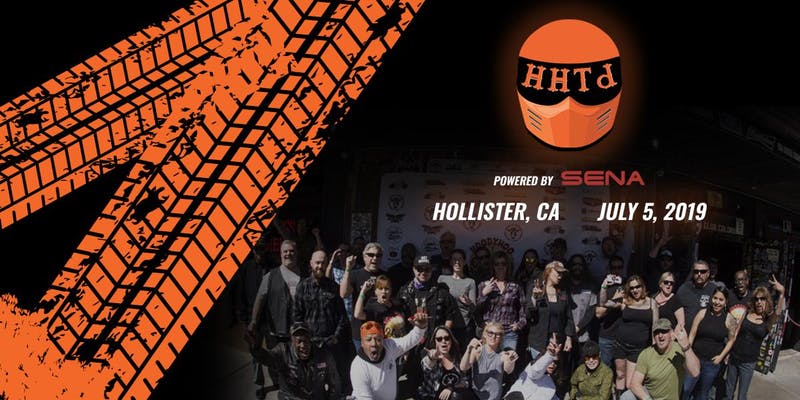 Well it was time to put a little effort into the Hoody Hoo Throwdown, so we completely redid the look of our website and came with a new logo. When we first launched this concept we didn’t have time to worry much about the actual branding since the whole thing was just two people with an idea. The mechanics of the event and the relationships we needed to create with partners took all our attention. The first logo we had was simple because I created it in about five minutes: 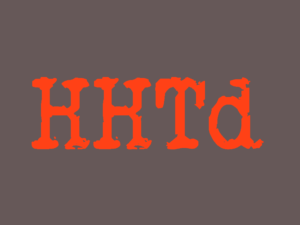 The switch to green happened only because the website theme I was using put all hyperlinks in that color, so we changed the logo color. When we got some time we grabbed some clip art and added the green and incorporated the original logo to give it an asymmetrical look: 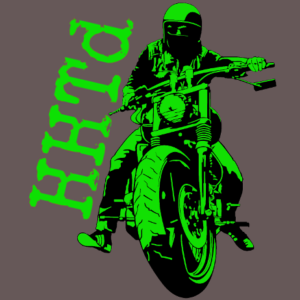 Thing is, this was still just a place holder. We wanted something simple that was timeless, but also something that would match our “all brands, all riders, no attitudes,” motto. A helmet is somewhat generic so we had to look around for something that would stand out while still conveying what we were about. We searched for awhile before settling on a design that mimics the Simpson Bandit since it was originally a car helmet that has been popularized by drag racers, street riders, and riders looking for a little extra style.

Perfect. We wanted to switch back to our original orange color so we played with things until we had something different enough from the shades used by Harley and KTM, and also our partners at REVER. The result is this:

Aggressive but not so aggressive it looks like we’re trying to hard. Easy to shrink down to a thumbnail or blow up and add details to like a custom paint job for a specific city or event. Works in a square, round, or rectangle format. Ka-pow! Hoody Hoo Throwdown, riding hard but riding smart, and riding with a purpose.

So don’t worry, it’s the same people and the same mission and the same concept… just a new look. We’ll be upgrading the format for the next event to make navigating easier, to make protests easier, and to make the party even bigger by partnering with varied events and locations. Hollister is a perfect example.

The rally has been around since 1947 and at one point grew into a bloated biker-fest that was there to sell you the same T-shirt and over-priced hotel room. Nothing says “rebel biker” like an event put on by the city itself. Meh. But the event lasted because there is great riding around there in every direction, and now that the city has given up on promoting it, the event is going through a renaissance as it tries to find a new identity. Well, it’s the people that make the rally, so bringing in people who want to ride more than pose is going to make the rally into something people look forward to again. 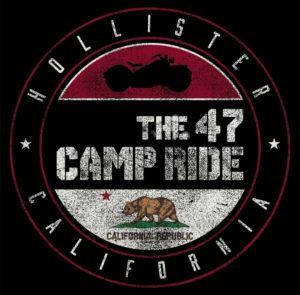 We’re stoked to be part of the revival and of the 47 Camp Ride in particular. They’re keeping it simple by providing a central location and camping for use broke folk, but they’ve got the RV spaces and the VIP passes for those who can afford to party in something bigger than a tent. All riders, all brands, no attitudes… and it’s free to get in if you’re just looking to party for awhile: they only charge for camping.

We’ll be hitting other cities and partnering with other people, but the goal will be the same: raise awareness and money for veterans organizations while proving you don’t need the same ol’ poker run to do it. Sena is onboard now as a title sponsor for at least the rest of the year, and REVER is doing a great job supporting us and the Veterans Charity Ride. Now we just have to live up to the expectation and provide the tools to let y’all have a great time riding around, learning local history, and winning cool stuff.