What We’re Up To… 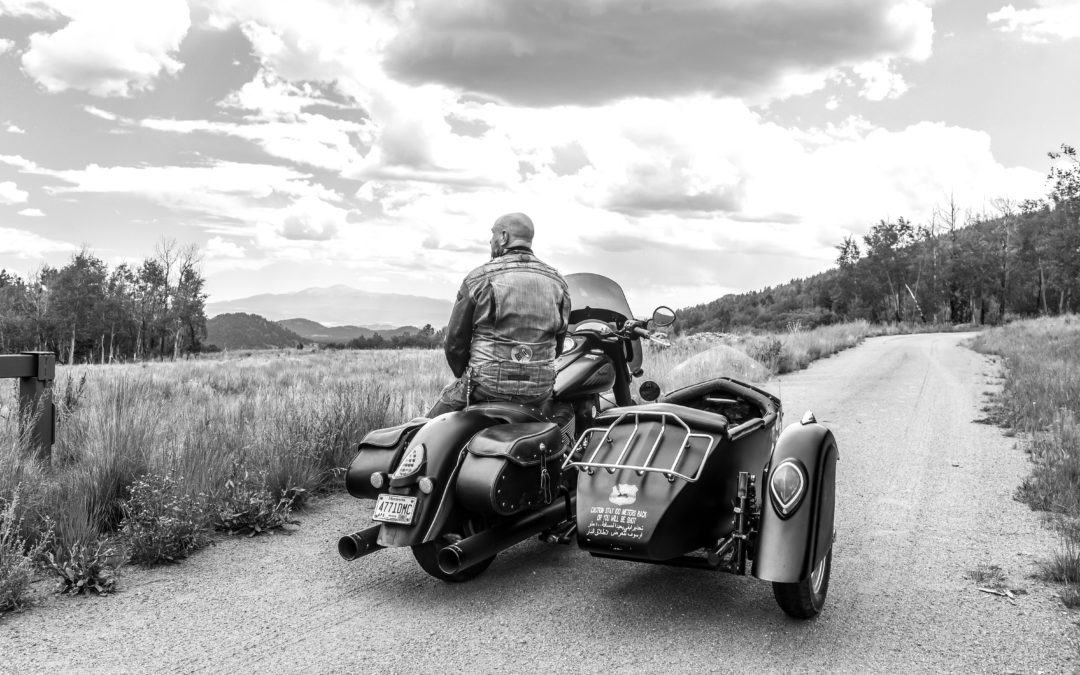 September is a busy month for the Hoody Hoo Throwdown as we are working on next year while still planning our October event in Southern California. We’d still like to take a few minutes and update everyone who is following and to those looking to either help support the Veterans Charity Ride by participating in an event with us. We’ll also share some fun stuff as to what we’re up to in our off time, tell you about the Veterans Charity Ride that just wrapped up a few weeks ago, and give you a look at some details of our upcoming event. Let’s dive in…

For those that don’t know, the Veterans Charity Ride (VCR) takes wounded and amputee veterans on an annual ride to the Sturgis motorcycle rally. They offer year round programs as well, but the signature ride is what they are known for. Sponsored by Indian Motorcycle and Monster Energy (among others), the ride is all-expenses-paid for participants who can either ride an Indian motorcycle or hop into one of several Champion sidecars that were donated on the very first year in 2015.

Although this was my third year participating as sidecar pilot for the ride photographer, Sara Liberte, this was year five for the Veterans Charity Ride. The group was slightly smaller this year, with 13 bikes and 18 veterans and veteran-mentors along with the support crew. The big change though was starting in Salt Lake City, thus avoiding a lot of desert heat and highway. This gave more time in Colorado and Utah.

We even managed to climb Pikes Peak all the way to the summit, which is currently closed off because of construction on the parking lot. This was especially memorable for me because I raced a sidecar in the Hill Climb for six years, even setting the current record for sidecars. This was obviously more sedate with the road being open to the public, but I was mighty happy to enjoy the views. After Carlin Dunne was killed in this year’s event the motorcycle division is not being run in 2020, with it possibly being axed for good. It will be a shame if that happens, because nothing replaces the view from the summit on race day. 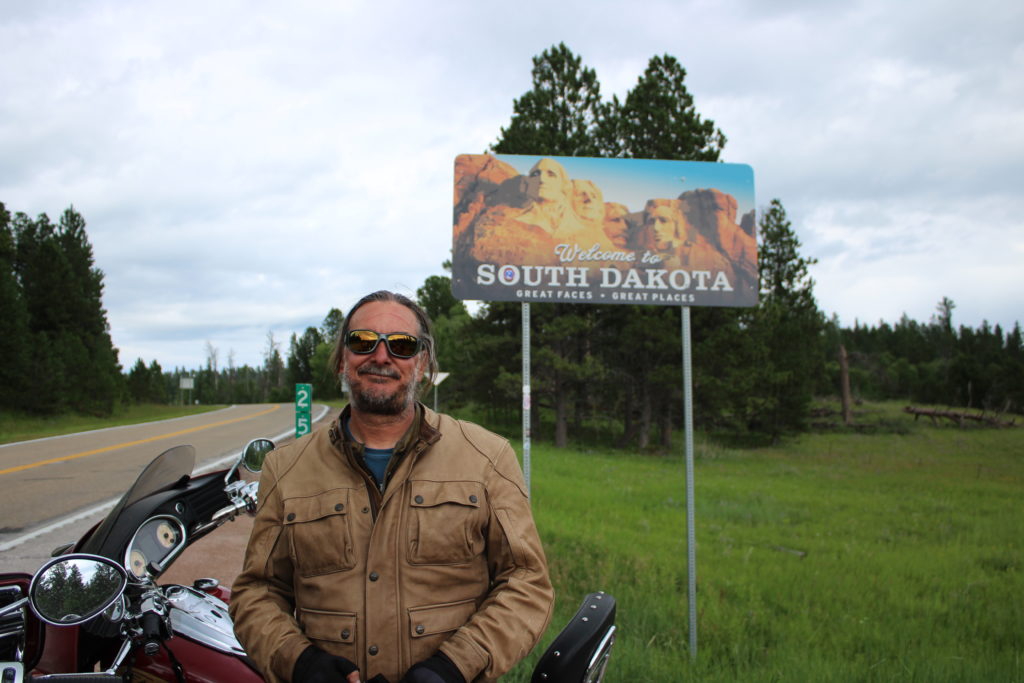 We do the Hoody Hoo Throwdown in order to raise money and awareness for the VCR and other veterans charities and programs, as well as to give people an alternative to the same old poker run. We like to ride our own ride and plan our own routes, and we think other people do too.

The Socal event is still taking form, with October 19 as the date. We are finalizing venues and are looking in both Los Angeles and Orange County, which will of course affect the number and location of waypoints. Personally I am an Orange County native and our title sponsor, Sena, is located in Irvine; I’ll give you one guess as to where I’d like to do the event.

Still, there is a hell of a lot to see in the LA area with downtown skyscrapers, elevation changes, twisty hidden routes, and bucket-fulls of history. We will announce as soon as we finalize a venue and, as always, follow our Instagram page for hints of where waypoint locations will be. 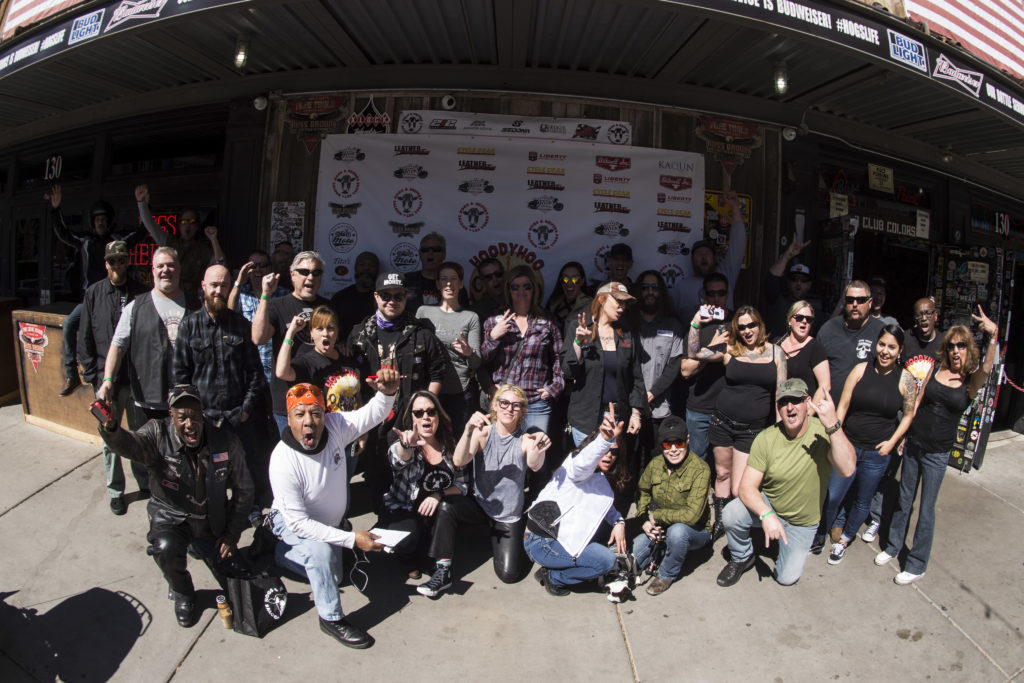 What We’re Tuned Into

Like most of you, life keeps us holding a keyboard more than a set of handlebars (at least for our perosnal tastes) but fortunately the internet is full of other motorcycle addicts who help us pass our cyber-time with less stress. If you can’t be out riding, be in the garage wrenching. If you can’t be in the garage, be on the internet looking at motorcycles, ride routes, or your next upgrade. Seems like common sense to us…

Here are some of thie things we have been keeping ourselves busy with when we aren’t dealing with the fine details of motorcycle scavenger hunts: 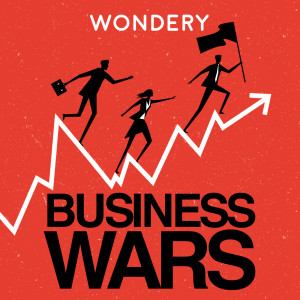 The guys over at Iron & Air turned us onto this gem: a six-part podcast on Business Wars about the life and times of Harley Davidson. It’s well done, using voice actors and dramatized scenes to give you the old-timey radio-show feel of days gone. You can use the Podbean app for free to download and play it on your phone also. That’s how I’ve been listening to it; when I have to ride the same ol’ stretch of interstate for the thousandth time (damn you Interstate 5!), I like to sprinkle in some podcasts or audio books, piped into my Sena 10C Pro via the bluetooth connection.

Speaking of Sena, their blog has been active recently. We took special note of this post and video about the Run to the Wall. I have been to the Vietnam Memorial in Washington DC, and it’s a very moving space to stand in. It’s no surprise that it’s the second-most visited memorial in the United States. Take a quick look at the video and let us know what you think.

Another veteran related space we’ve been watching is the newly launched AdventureVet website. This is the natural progression of VCR and until now it’s acted more as a program inside of VCR as opposed to being it’s own thing. But things are growing now that their fleet of off-road vehicles has been bolstered by donations from Mahindra’s ROXOR UTV’s and a Royal Enfield Himalayan. The charity will work in much the same way as VCR but the nature of these excursions means they can be done many times a year and since it’s off road, no motorcycle license is required.

The website allows people to nominated a veteran to participate in an excursion, which also includes activities like rafting, horseback riding, and hopefully some classes on rebuilding motorcycles, as part of the MotoDono program. This program lets people donate their motorcycle to VCR for the tax write off, then VCR will either rebuild it (if in non-running condition) or customize it so a disabled veteran can operate it. Then it can either be donated to a veteran who could benefit from daily motorcycle therapy or it can enter the fleet, allowing more veterans to be reached. 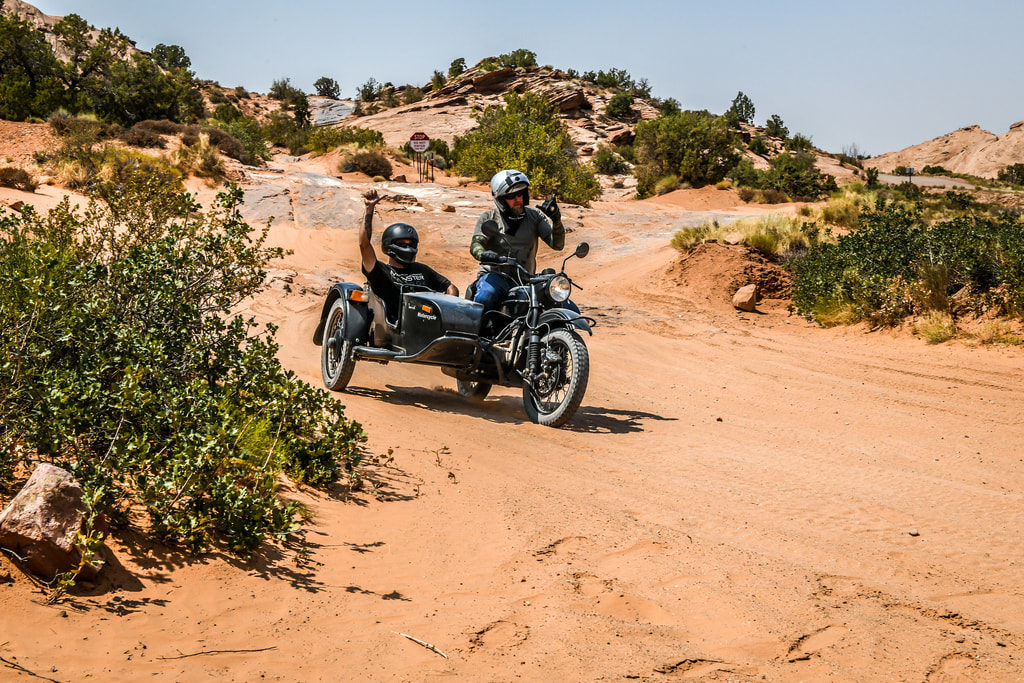 And of course there is the instant gratification of Instagram. While there is a lot to dislike with this app, some people seem to know what it’s for. One person is professional photographer Josh Kurpis, whose page is well curated with shots of motorcycle life. There is also the official page of Biltwell Inc., and it should come as no surprise that the people who host both the El Diablo Run and the upcoming Kernville Kampout are going to have a feed worth wandering through. 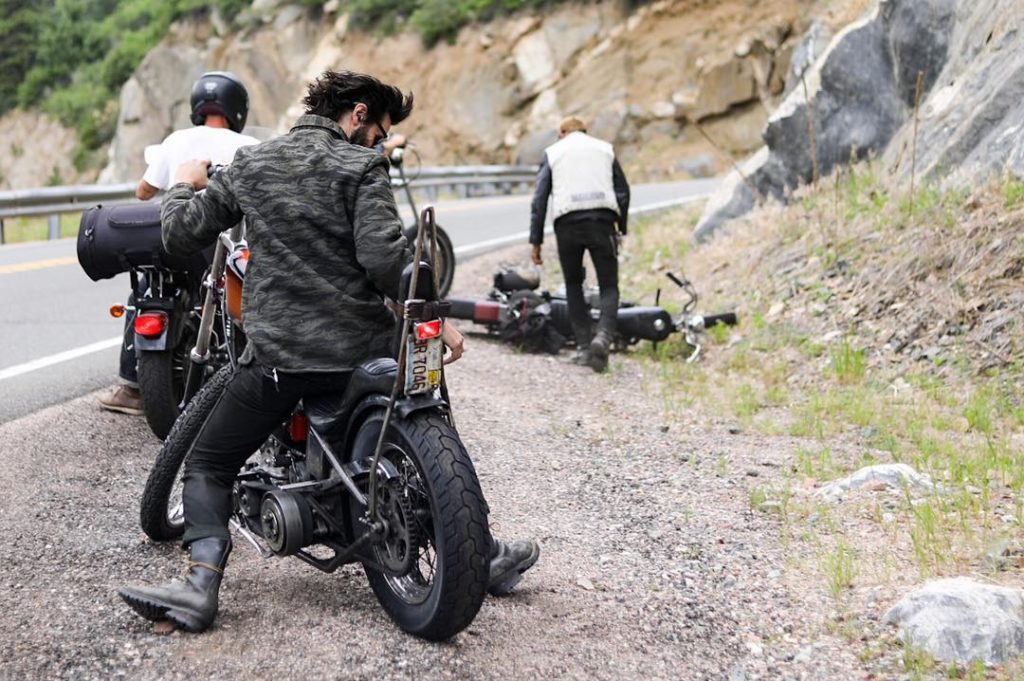 Our own Instagram feed has been stagnant lately, but we hope to reactivate it while we scout waypoints for the Socal event. But for now we’ll leave you with some shots I took during the VCR this year, shot with my Sena 10C Pro.

See ya on the road, 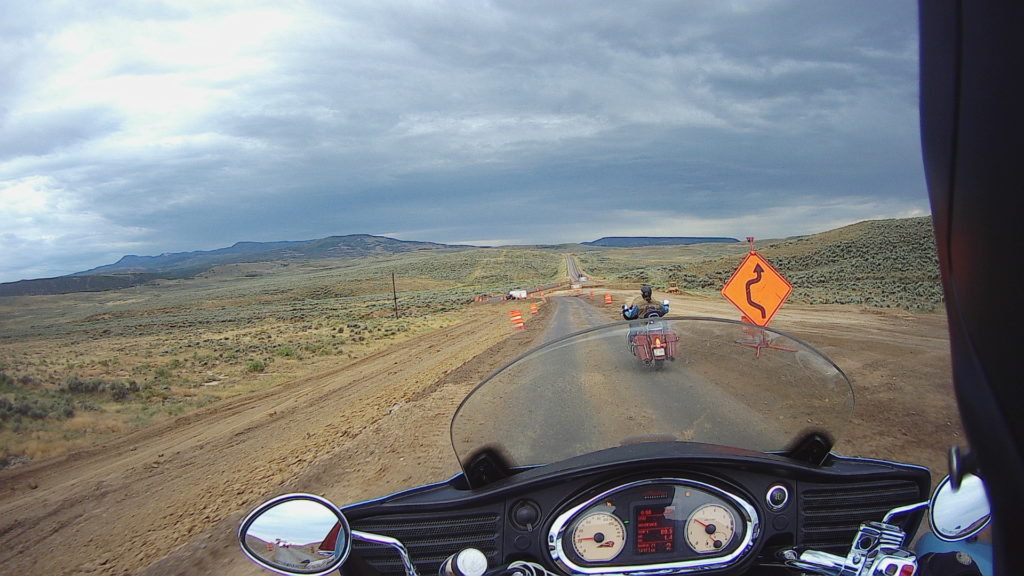 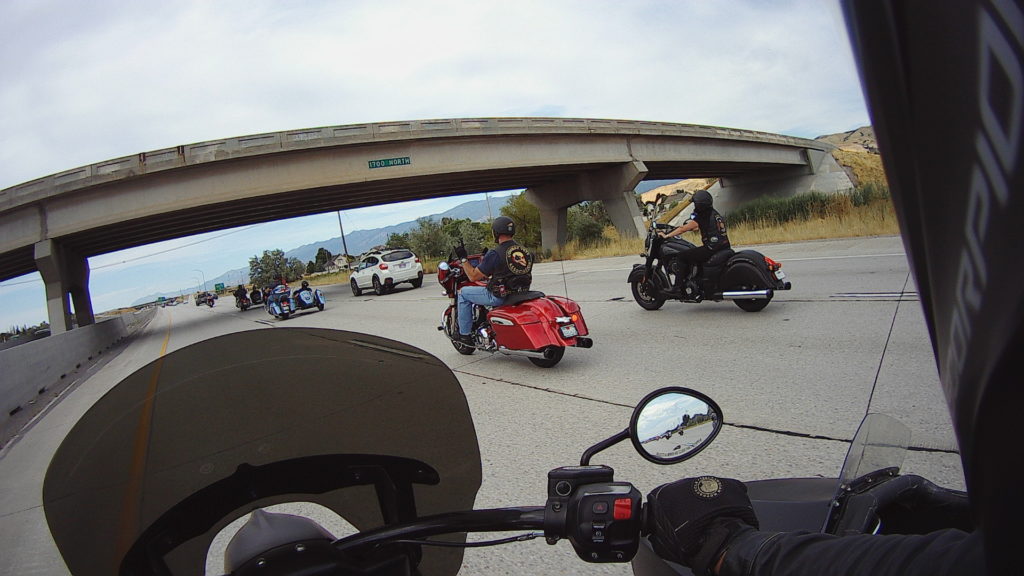 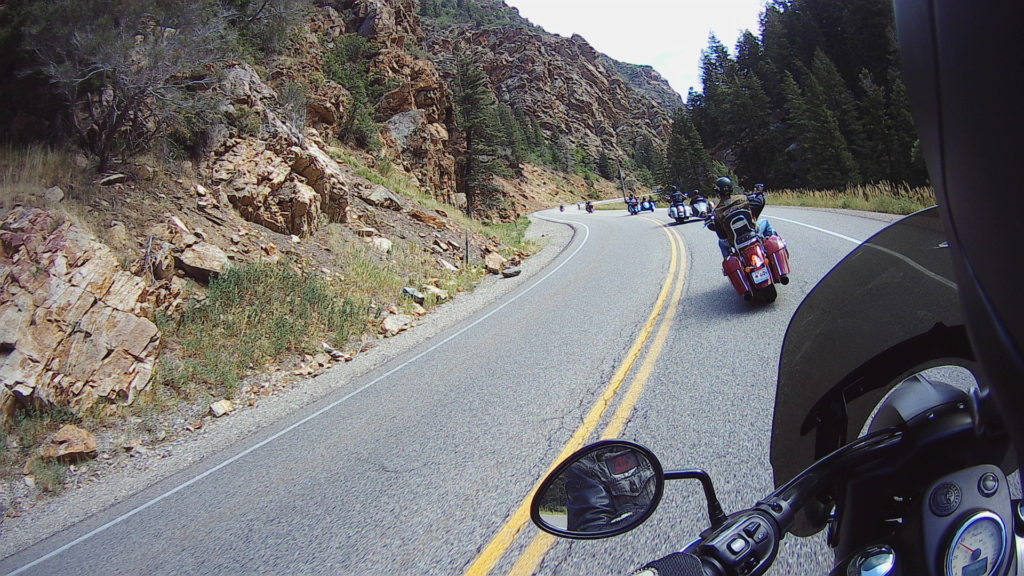 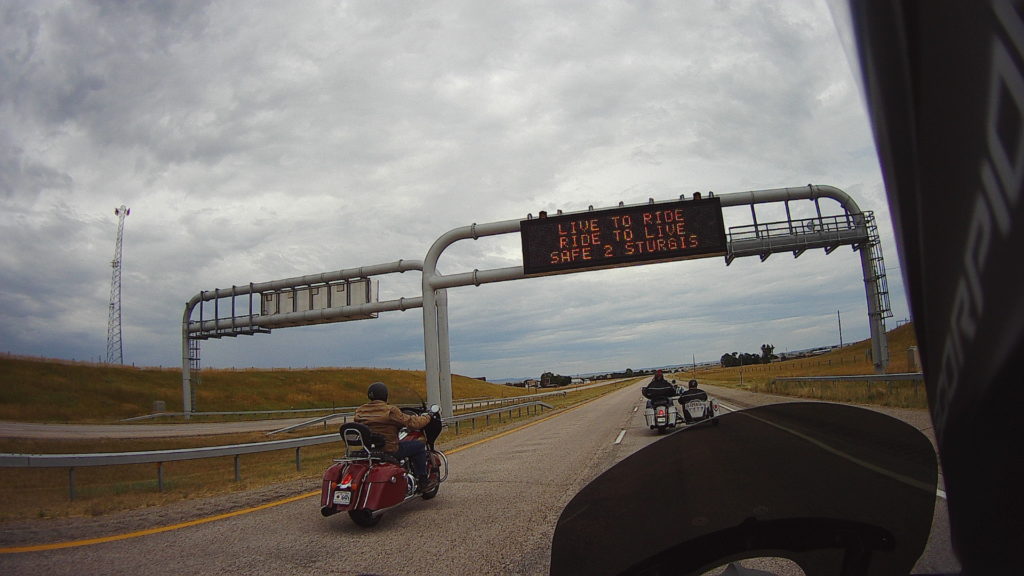 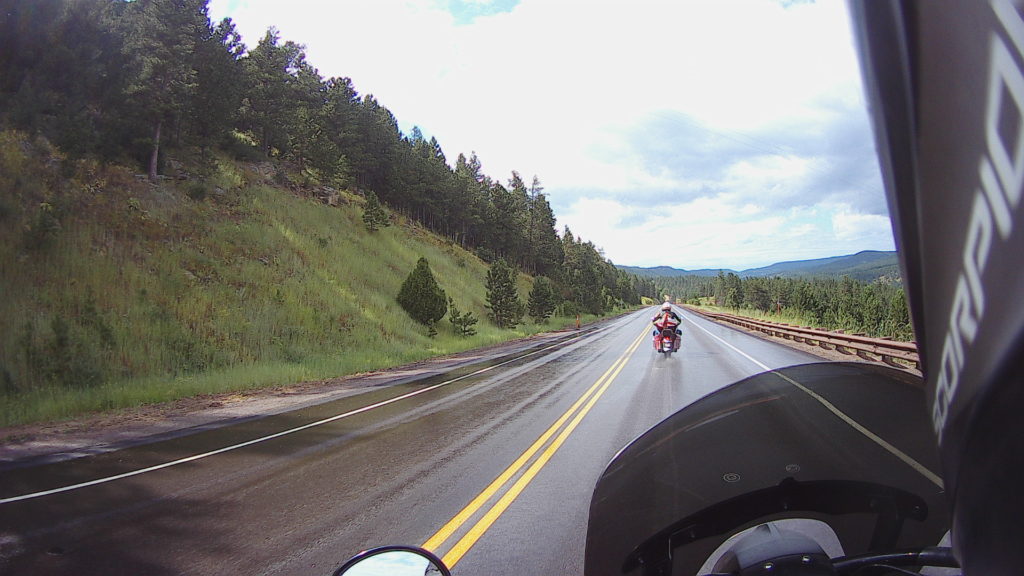