November Round Up: News From The Moto-World 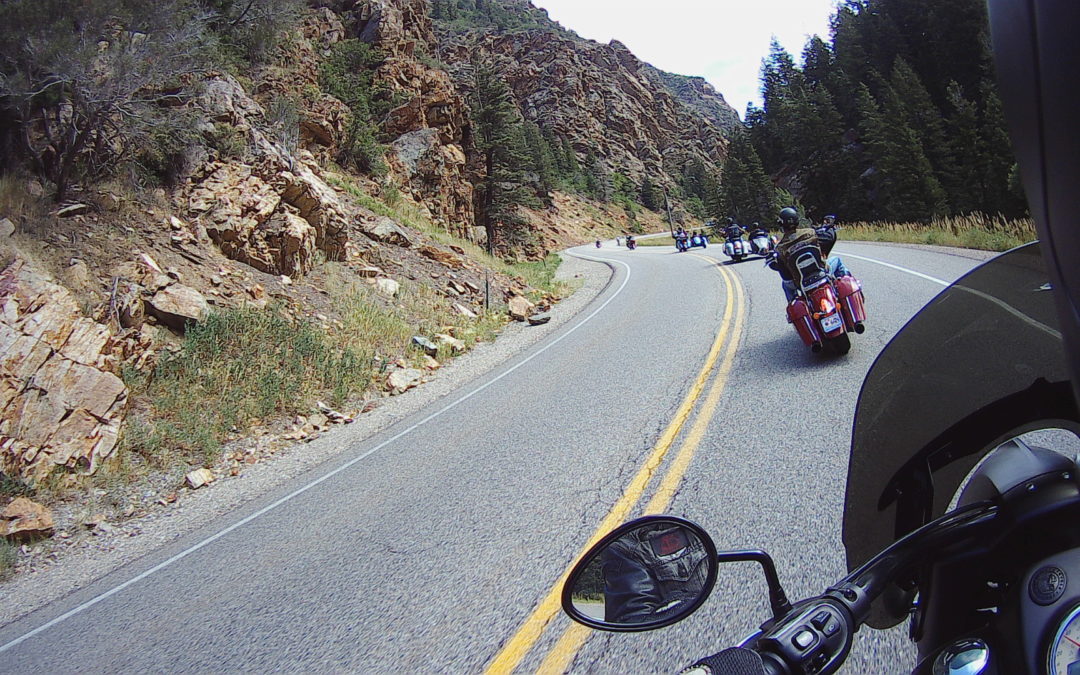 For a lot of the United States, riding season is coming to an end. Some people will be dusting off their ice racing bikes or snowmobiles, some will be using the downtime to tear their bike apart for a big rebuild. And despite the west coast being famous for its mild climate, a huge chunk of California and Nevada are desert, and the desert gets damn cold in the winter.

Many people just power through it with heated grips, winter riding gear, and by keeping one eye on the weather forecast. Others will park the street bike and pick up trail riding on the warmer days. No matter what your plan or where you live in the US though, “show season” is still a part of the transition into winter.

In Europe that means ECIMA, probably the most important motorcycle show in the world. Manufacturers from Europe, Japan, China, and India try to show off their newest creations and concepts. And while the world of heavyweight cruisers isn’t the focus, the adventure bike market is definitely well represented. The most interesting to my eyes was a concept bike by Husqvarna. 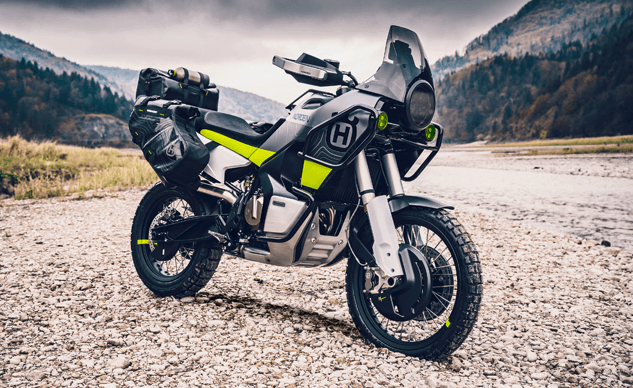 Called the Norden 901, it is based on the 901cc twin from parent company KTM, the Husqvarna mostly grabbed my eye because of styling. It blended classic features with modern by using a  single, round headlight, yet having a TFT screen instead of conventional dial gauges. There are images all over the internet at this point, but you can go to this post on Asphalt and Rubber if you just want a quick peek. 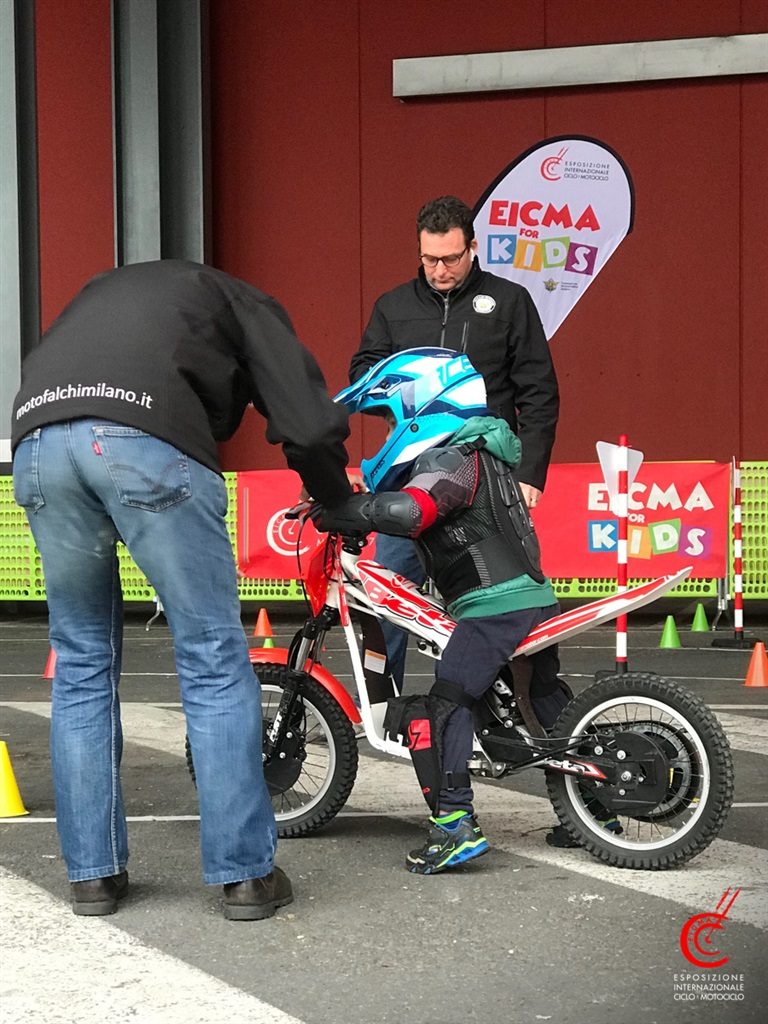 Manufacturers focused too much on baby boomers and are now looking at a generation who isn’t very interested in motorcycles. Everyone is now looking at the up-and-coming generation to save the industry, giving them exposure to two wheels at an early age. Photo: EICMA.

Everyone Wants Into The Act

It’s not just new motorcycles of course. With holiday season upon us and Black Friday madness in the air, everyone making a product wants you to know about it now. The Progressive International Motorcycle Show has even moved its Long Beach show up from early December to this weekend, making sure vendors and manufacturers can get their products in front of your eyeballs. I will be heading down to the Long Beach Show this weekend and dropping a few photos on our Instagram feed, but I am primarily there to do an article for Russ Brown’s blog, so expect a full-length report on their site shortly after.

One big piece of news as far as products go is Sena’s release of the 10C EVO. I’ve owned the 10C and 10C Pro, which shot in 1040 and 2k respectively, but were otherwise very similar to interface with and almost exactly the same as far as appearance. The EVO is a bit smaller and has a totally different lens housing, though it still comes with the features expected from a Sena.

The 10C EVO (left) is about 10% smaller than the previous 10C and 10C PRO, but maintains the same general shape and button locations to make the transition easier for those upgrading.

I use my 10C Pro all the time, mostly to listen to music or pipe in GPS directions from my smartphone. Because I work from my motorcycle fairly often, I also use it to take calls while on the bike, and when I’m riding 2-up with my girlfriend I can keep her happy by stopping for bathroom breaks before she starts punching me in the kidneys.

So for me the camera is a bit of a bonus feature, although I use it a lot when I’m doing travel stories, mostly to shoot stills; it’s so much easier than pulling out a full-frame DSLR camera and I rarely need the wider lens and high resolution of a professional camera. It also get to shoot video when I’m on the race track though and that has helped me a lot to study my riding style. Speaking of racing videos, that reminds me of a story…

I recently purchased a Buell Blast on Craigslist for $750. As one should do with such things, I immediately started beating the crap out of it and tinkering with it. Within a few weeks I decided to enter it in a Hooligan Flat Track race in my home town of Huntington Beach, CA. It wasn’t legal for the Hooligan class but they have a Run What Ya Brung class which was perfect for me since I was riding down from Oakland and wasn’t trying to set the scene on fire: just have some fun.

I wrote an article about it if you want the details, but there is also a video I shot of the final. I wasn’t expecting to have to jump the poor bike and the landings with my 225lbs ass on top of that little bike were too much for it. The carb actually falls off the bike after only two laps. I had a helluva time just the same, and you can check out the video here:

But What About the Hoody Hoo Throwdown

And then there’s us. We are still trying to line our calendars up with friends in Los Angeles so we can put on a stand alone event. We’ve kept costs down in the past by piggy-backing on existing events or venues. That’s been great to help get this concept off the ground, but it means we have very little control over the experience. Our plan going forward is to put on our own after-party with each event, with live bands and a cool, off-beat location to hang out at.

We want to keep things grass roots and accessible, so that people can participate whether they are helping support our cause or if they’re just in it for the adventure and that combination of camaraderie and competition. With the mild weather in Los Angeles we want to have an event when everyone is forgetting about riding; sometime in late-January or perhaps early February.

That will dovetail well into our Las Vegas event, which is planned for late-March. This means people that want to attend both events will still have things on their radar but will still have time in between for life’s other obligations (damned non-motorcycle stuff). As always we suggest signing up to our mailing list (at the bottom of our homepage) to stay tuned. We don’t use it a lot so you don’t need to worry about getting spammed, and we don’t share the information with anyone.